The Norwich Historical Society has utilized a variety of funding sources to restore several historic properties over the years such as:

In 2016, Norwich Public Utilities (NPU) awarded the Norwich Historical Society $38,951 from the NAA Tax Credit Program to support efforts to restore the East District Schoolhouse located in the Norwichtown Historic District. Working with The City of Norwich, NHS stabilized the building, restored the windows, and created a drain to prevent water from entering the space.

History of the Building

The c. 1789 East District Schoolhouse located at 365 Washington Street in the Norwichtown Historic District suffered from decades of inattention and nonuse. The last major work on the building was done in 1970. Unfortunately, there was no consideration for adequate ventilation, and the moisture in the building has taken its toll during the ensuing decades.

When first constructed, the single room schoolhouse was progressive because it taught both boys and girls. Students learned subjects such as spelling, geography, and mathematics. Probably the most famous student to attend the school was Lydia Huntley Sigourney, a renowned poet and one of the most popular writers during the 19th Century. Lydia Huntley Sigourney was known as the “Sweet Singer of Hartford.” While living in Norwich, Lydia opened a school for girls in 1812, but moved her school to Hartford in 1814. Lydia often used her upbringing in Norwich as inspiration for her poetry. Her prolific portfolio included works of history, moral and religious poetry, and corresponded with famous authors including Henry Wadsworth Longfellow, ultimately earning a reputation that many aspiring authors sought out and respected.

From 1903-1955, the East District Schoolhouse served as the location for social gatherings of Norwich artists. Ozias Dodge, Director of the Norwich Arts School and his wife Hannah, Director of Slater Museum, founded the Norwich Art Students Association, which used the schoolhouse as its summer studio. They held opening receptions, decorating the space with flowers, drapes, and pillows. They used the schoolhouse for sketching parties and participatory activities like staged readings, performances, and intellectual games.
This building is unique because it is one of two eighteenth century brick schoolhouses still intact and in their original locations in Norwich. The building is in the Dutch colonial architectural style.

The original scope of work included restoring the window frames and sash, but upon further investigation of the building, it turned out to be in worse shape than we originally anticipated. Upon close examination, over 70% of the floor structure was compromised and it became an immediate priority to repair. Our contractor used modern materials to replicate how the floor structure was built in 1789. Next, our contractor installed the subfloor and a finished pine floor with varying widths to replicate the look of an eighteenth-century floor.

The next project was restoring the windows in the building. Each window was in its own unique state of deterioration and was examined individually. NHS engaged the services of a contractor who specialized in creating reproduction window sash for historic buildings. The window restoration project was completed in July 2018.

A future goal is to fully restore the building and re-create the interior as an authentic late eighteenth century schoolhouse and exhibit space, which can be experienced by school children and the public.

The William A. Buckingham House, also known as Buckingham Memorial, is a historic house located in the Downtown Norwich Historic District at 307 Main Street.

It is a 2-1/2 story brick structure, with a main block three bays wide, topped by a hip roof with a steep gable above the main entrance. It was built in 1847 by William A. Buckingham, whose political career included terms as mayor of Norwich and Governor of Connecticut during the American Civil War. Buckingham is known to have entertained both Abraham Lincoln and Ulysses S. Grant as guests.

In 2018, The Norwich Historical Society was awarded $118,834.94 from Jensen’s & Groton Utilities for energy repairs to the building. NHS partnered with the Grand Army of the Republic and the City of Norwich on this project.

In 2018, The Society of the Founders of Norwich (SFN), owners and operators of the Leffingwell House Museum formed a partnership with the Norwich Historical Society (NHS) with the goal of restoring two historic properties owned by the SFN: the c.1763 David Greenleaf House and the c. 1772 Joseph Carpenter Silversmith Shop. NHS would act on behalf of the SFN to write grants, secure funds, and collaborate with the SFN to undertake the authentic restorations of both buildings.

Joseph Carpenter’s circa 1772 silversmith shop located at 71 East Town Street is believed to be one of the few surviving silversmith shops in New England. Joseph made clocks, pewter, jewelry, and engravings; his work is highly valued by collectors. Joseph shared the shop with his brother Gardner Carpenter, who operated a mercantile business. Today, the building is owned by the Society of the Founders of Norwich and is rented as a law office. The building is in the Colonial/Georgian style and is in the Norwichtown Historic District.

Our Scope of Work

The restoration of this property is part of a larger partnership formed by the SFN and NHS to improve upon existing heritage tourism sites in Norwich. In 2019, NHS received $96,160.05 from Jensen’s & Bozrah Light & Power to perform energy related upgrades to the c.1772 Joseph Carpenter Silversmith Shop.
In 2020, NHS performed the following work on the building:

Originally constructed in 1763, the David Greenleaf House is an eighteenth century property in the Norwichtown Historic District and is currently a vacant and blighted building. The building is owned by the Society of the Founders of Norwich, owners, and operators of the Leffingwell House Museum, located directly adjacent to the Greenleaf House.
Background

The restoration of this property is part of a larger partnership formed by the SFN and NHS to improve upon existing heritage tourism sites in Norwich. The goal is to open the building to the public as a multipurpose event space. To date, NHS received almost $200,000 in grant funding to rehabilitate the property.
The house was originally built around 1763 by goldsmith David Greenleaf; the house passed to numerous other families before being purchased by the SFN in 1999. The House was subsequently slated to be restored and remodeled, however after funding sources were exhausted substantive work on the house and property was never finished.

Our goal is to convert the Greenleaf House property into a multipurpose adjunct space to the Leffingwell House Museum located immediately next door. Under the current proposal, the Leffingwell House Museum would serve as the “museum” space containing exhibition space, period rooms, and collections storage with the Greenleaf House serving as the “functional” space to be used for special events, rotating exhibitions, lectures and presentations, and administrative functions.
Project Phases

This project will be completed over the course of several phases and fundraising milestones. In 2019, the Norwich Historical Society began work on the c.1763 David Greenleaf House. Phase 1 of the project began in Fall 2019 and included stabilizing the rear exterior of the building. Partial funds received through the CT Neighborhood Assistance Act went towards rehabilitating the rear exterior first and second level. Work included installation of primed vertical grain cedar clapboards, installation of 6 new wood windows replicated with six over six sash with 50% old glass, repairing and refastening of sheathing, as well as repairing of fascia, crown and soffit. In 2019, NHS was awarded a $150,000 grant from the State Historic Preservation Office to rehabilitated the lower basement level of the building and work on site improvements. Site work began Fall 2021 and will continue through 2022. 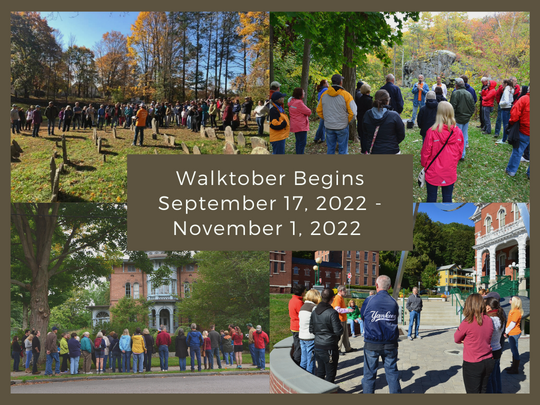