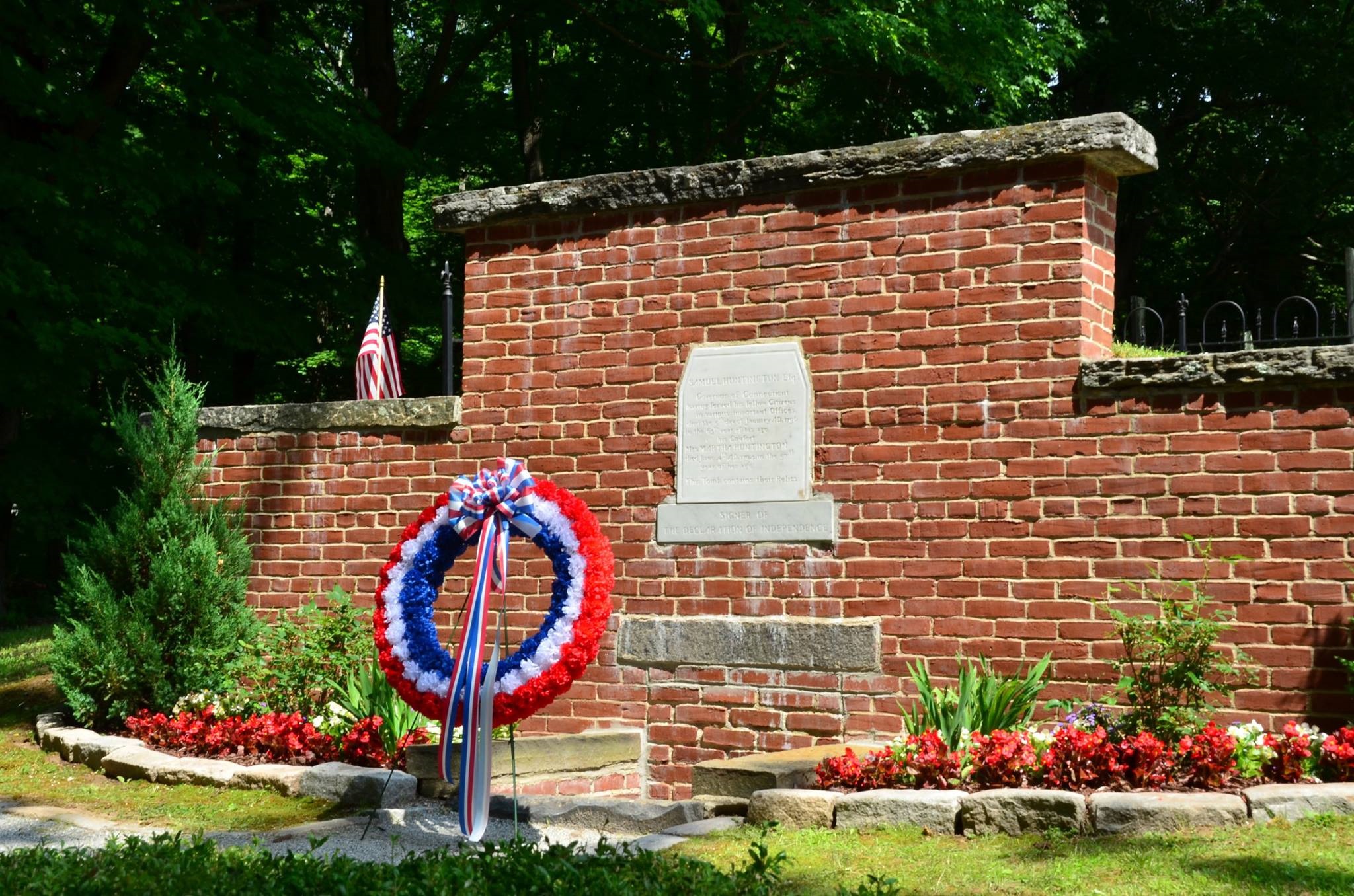 On Saturday, July 17th at 10:00 A.M., members of the Norwich Area Veterans Council and the Norwich Historical Society will assemble at the tomb of President/Governor Samuel Huntington in the Old Norwichtown Burying Ground, to conduct a wreath-laying. They will be joined by state and local dignitaries to commemorate his 290th birthday, and to dedicate a commemorative flagpole in honor of his service to our state and nation.

Mr. Huntington, a self-taught lawyer, was born in Scotland, CT on July 16, 1731. His illustrious career included: serving in the Second Continental Congress; being a signatory of the Declaration of Independence; and President of the Continental Congress in 1781, when the Articles of Confederation went into effect – thus making him the First President of the United States, in Congress Assembled. He later served as a 10-term governor of the State of Connecticut. His mansion on East Town Street now houses the administrative headquarters of United Community and Family Services of Norwich.

The 35-foot flagpole was made possible through the efforts of the late-Bob Murphy, who passed away last October, and a plaque of recognition will be affixed to the pole.

Rain date is Sunday, July 18th at 10am. Parking is available along the Norwichtown Green. Event parking will be available at 34 East Town St. The event will be live streamed on our Facebook Page.