Norwich preservation advocates hope to save historic house from demolition 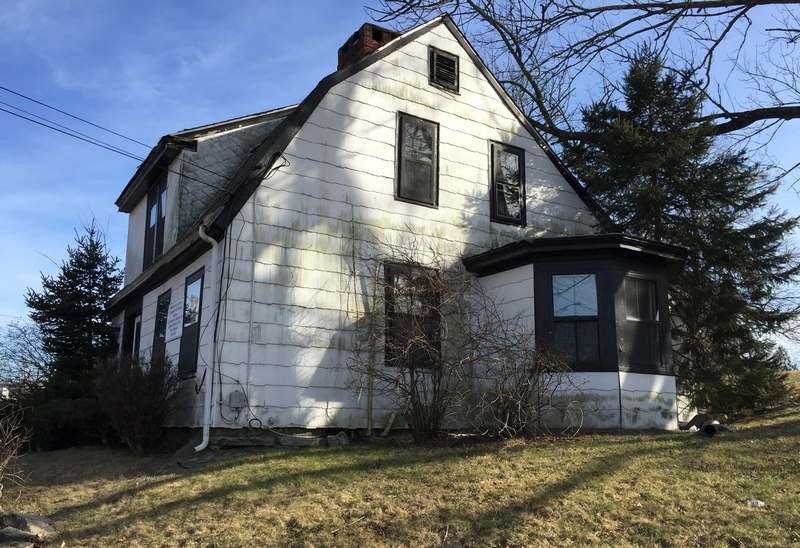 Norwich — Historic preservation advocates are working against the calendar to save a modest, white cape-style house at 232 W. Town St. that likely dates back nearly to the town’s founding and was the centerpiece for one of the earliest religious separatist movements in the 1740s.

The owners of the house at 232 W. Town St. in the Bean Hill National Historic District have applied to the city for a demolition permit to tear down the house and market the vacant commercial lot for sale. The mandatory 60-day waiting period for proposed demolition of a historic house ends March 24.

The city Planning and Neighborhood Services Department has received several letters opposing the proposed demolition, asking that the city deny the permit. But Deanna Rhodes, director of planning and neighborhood services, said the city’s role in the decision is very limited. Once the waiting period is over, if the application is complete, the city must issue the demolition permit and can only work to assure the work is done properly.

Ray O’Connell, who signed the demolition application for the three O’Connells listed as owners of the property, declined to comment on the plans this week.

Dale Plummer, city historian and president of the Norwich Heritage Trust, said the 60-day delay is welcomed, but likely won’t help preservationists fight the proposed demolition. State law allows historic groups to challenge demolition if there is a “reasonable alternative” to the action — as Plummer and others were able to show in past fights to save the Wauregan Hotel and the former Reid & Hughes building in downtown Norwich with developers standing by.

The society wants to make potential interested parties aware that state and federal historic tax credits are available to help fund a restoration.

Regan Miner, Norwich Historical Society executive director and interim chairwoman of the Norwich Historic District Commission, said the ideal solution that would benefit both the owners and the city would be for a buyer to come forward interested in restoring the house. Raising awareness of the pending demolition could help the effort to find a buyer, she said.

“The property is a perfect candidate for adaptive reuse for commercial use,” Miner said. “They could use state and federal historic tax credits. It’s zoned commercial. It’s in a busy place for a commercial use, whether it be for an office or an antique store or something.”

The house has been on the market for several years with no buyers. The listing now by NAI Elite lists the 0.54-acre property for $150,000 as a “commercial building lot” in a general commercial zone across from the entrance to the Norwich business park. The listing also touts the high-traffic area between Interstate 395 and Route 2 highways.

That last point, Plummer said, is the biggest threat to the Bean Hill National Historic District in general. The district is nearly forgotten, “sandwiched” between the two highways along busy West Town Street, Plummer said. An early settlement at what was originally the fringe of town, Bean Hill became a focal point for religious freedom and abolitionist activity. Much of the district’s character already has been lost, he said, including a mansion house owned by the Backus family.

The house at 232 W. Town St. is listed on city tax records as dating to 1659, the year the first European settlers moved there. The Bean Hill property was at the edge of the town plot. Plummer doubts this house was built in 1659, saying it more likely dates to 1720 or so.

He added that it would be an oversight to tie the house and the property’s significance to 1659 or to the original Norwich settlers. Its most significant time was a generation later, when Hugh Calkins, grandson of the original settler by the same name, led a bitter religious separatist movement away from the established church at the Norwichtown Green.

In her book “History of Norwich,” 19th century historian Frances Manwaring Caulkins described repeated complaints brought against the Rev. Benjamin Lord by the New Light brethren. They complained about points of religious doctrine and asserted “better edification” and “the gospel better preached elsewhere,” Caulkins wrote. In 1745, the 13 dissenters were suspended from the church.

“The leaders in this movement were Hugh Calkins and Jedidiah Hide; and the first Separate meetings were held at the house of the former,” Caulkins wrote, “near Yantic bridge at the west end of the townplot.”

The Separatists made more waves when they refused to pay local taxes that went to pay for the original Norwichtown church’s operations and upkeep. Some were imprisoned for refusing to pay the tax. Violence erupted when the legislature sided with the original church, Caulkins wrote.

But the Separatists had launched the concept of religious freedom, Plummer said.

“So, you take an old lady and throw her in jail to make sure she pays her taxes,” he said. “This is where that movement really started in Norwich. It was happening all over the colony, that sort of challenge to the orthodoxy of the sanctioned church and the use of tax money to support the congregational church.”

“There was perhaps no town in the colony where the conflict between the standing order, supported by the civil authority, and the enthusiasts, was more vehement and protracted than in Norwich,” Caulkins wrote. 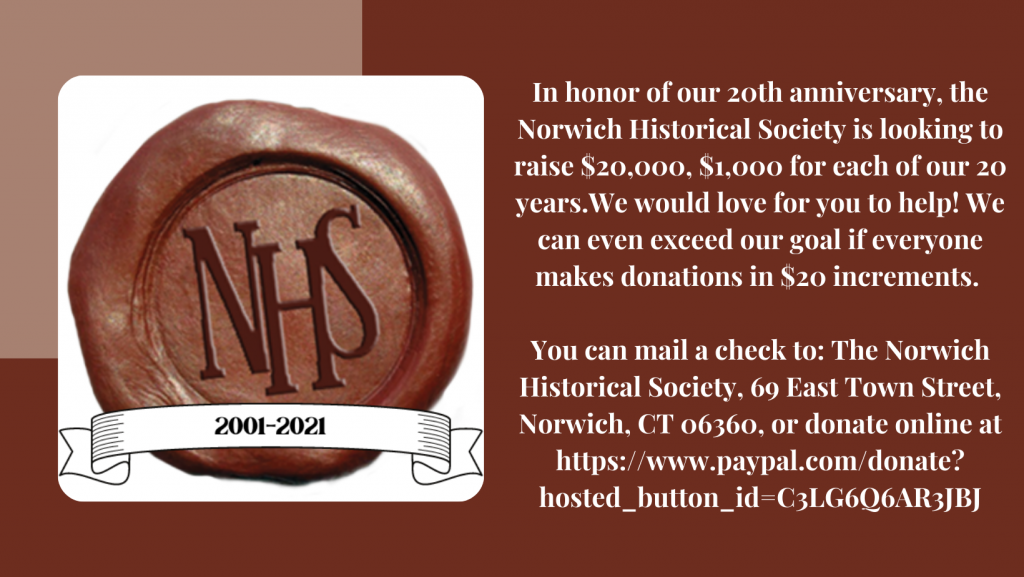