Norwich — In years past, the St. Vincent de Paul Place might have a full house of patrons for lunch or dinner on a hot summer day, with staff ushering about 20 people struggling with the heat and humidity into the single former classroom with a window air conditioner for a brief respite.

St. Vincent de Paul Place Executive Director Jillian Corbin hopes the steamy days in the dining hall and kitchen will soon be a thing of the past. And in the future, St. Vincent could be a designated cooling center on sweltering summer days, while kitchen volunteers enjoy the cooler air.

St. Vincent was one of three recipients of Neighborhood Assistance Act grants from Norwich Public Utilities this week to upgrade their buildings with energy efficiency projects. St. Vincent received $92,772 from NPU to replace decades-old, drafty windows in the former school basement, now the soup kitchen dining hall, and the kitchen and to install a new heating and ventilation system.

The Norwich Historical Society was awarded $32,546 for energy efficiency upgrades at two 18th century brick schoolhouses in the Norwichtown Historic District, and the Arc of Eastern Connecticut received $22,615 to replace 217 florescent lightbulbs with energy-efficient LED bulbs at its Sachem Street facility.

The Neighborhood Assistance Act allows NPU to receive tax credits for up to $150,000 per year on the gross revenues taxes paid to the state from the sale of electricity and natural gas by investing in qualifying projects by nonprofits in the community.

“The Neighborhood Assistance Act program is a very significant way for NPU to invest in our community with tax dollars that would otherwise go to Hartford,” NPU General Manager Chris LaRose said in a news release announcing the grants. “By keeping these dollars here in Norwich, we are helping outstanding organizations do more of their work for the benefit of our community.”

The soup kitchen also received smaller NAA grants totaling $17,265 from the Jewett City Savings Bank, Eversource Energy and the Connecticut Insurance Co. Inc. and a private donation of $15,000 toward the $136,900 project, Corbin said. The grants are enough to go forward with the project in February, although work might not be done by summer, she said.

“NPU is just unbelievable in their leadership and helping their businesses be more energy efficient,” Corbin said.

St. Vincent, owned by the Diocese of Norwich, has made a lot of improvements to the 96-year-old brick former school since it moved in eight years ago. Corbin said NPU has helped from the beginning, upgrading an electrical transformer, resolving a “very troubling” sewer problem inside and outside the building and installing LED lights.

The soup kitchen first applied for NAA grants in 2019 and received money to buy an energy-efficient dishwasher last June. St. Vincent applied for the HVAC and window replacement grant in 2020. The Norwich Board of Utilities Commissioners approved the grants on Tuesday.

The building “will be healthier, more enjoyable,” Corbin said, “and it will make a great cooling center, too.”

Norwich Historical Society Executive Director Regan Miner said Norwich is rare in that it has two 18th century brick schoolhouses in the same historic district. The society is caretaker of the 1789 East District Schoolhouse on upper Washington Street and the 1783 Daniel Lathrop Schoolhouse on East Town Street at the Norwichtown Green. The latter has been renovated to house the Norwich Heritage & Regional Visitor’s Center.

The $32,546 Neighborhood Assistance Act grant will be used at both schools, Miner said. A new heating and ventilation system will be installed in the unheated East District Schoolhouse, bringing climate controls that will help preserve the building and allow it to be used for future programs, such as lectures and walking tours, she said.

At the Lathrop Schoolhouse, the money will be used to “tighten up” the building envelope, Miner said, with exterior weatherization work.

The historical society received $38,951 from NPU in a Neighborhood Assistance Act grant in 2016 to start renovations of the East District Schoolhouse, which had gone unused for the previous 46 years. 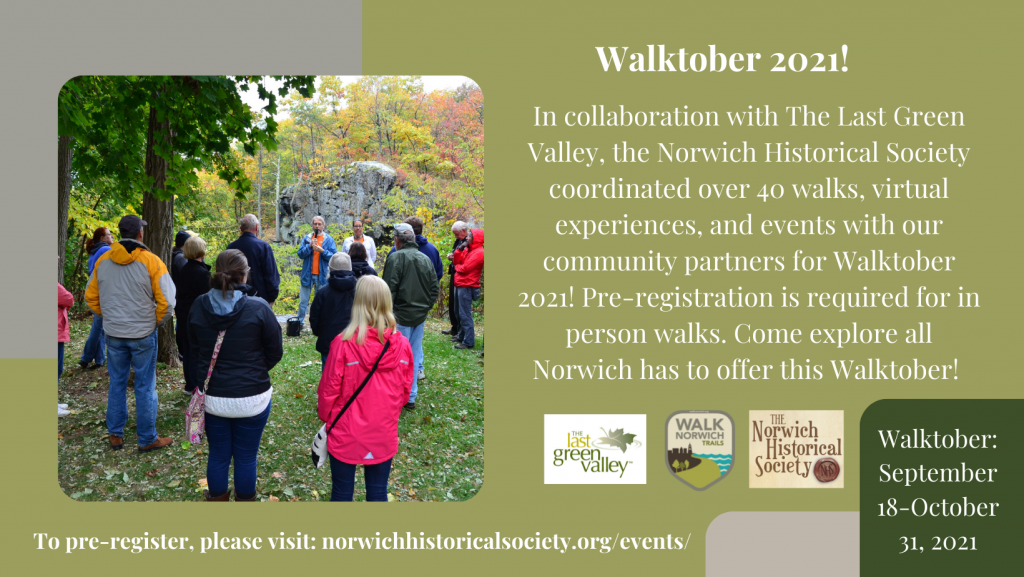